Back to all News

How to manage and reduce your debt 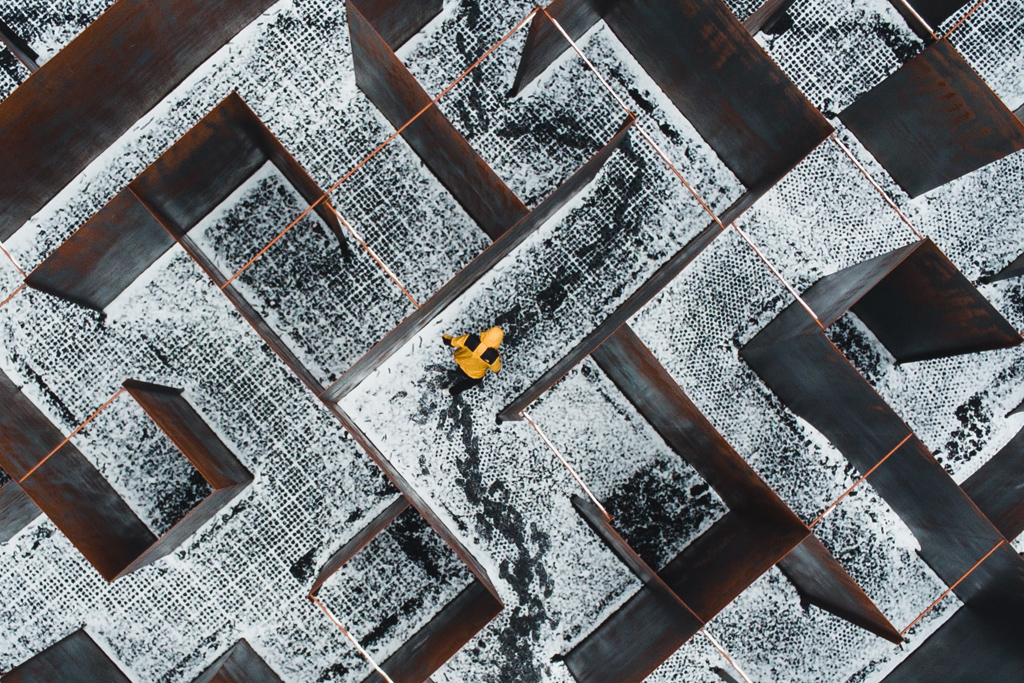 Originally posted on The Guardian: https://www.theguardian.com/money/2022/oct/17/how-to-manage-and-reduce-your-debt

From reorganizing day-to-day bill-paying as costs soar, to defaulting on potentially serious debts the number of people with money worries has soared over the past 12 months, according to the debt charity StepChange. Its research revealed 45% of British adults had found it difficult to keep up with household bills and loan repayments in the past few months, up from 30% a year ago and 15% in March 2020. So if the debt is becoming a problem for you, what can you do about it?

Another piece of research by StepChange showed 55% of its clients had waited more than a year before seeking help with their debt. Sue Anderson, the spokesperson at StepChange, says: “A lot of people have waited, and suffered in silence. They try to use other coping mechanisms before they get in touch with us.”

Reasons for delaying vary – but the stigma is still a real problem. Research from the Financial Conduct Authority (FCA) shows that 42% of people who were struggling financially and had ignored attempts by their lenders to get in contact about missed payments, had done so because they felt ashamed.

Misconceptions about how people get into problem debt endure – and many people who find themselves in trouble worry that others will think the issue results from poor money management. In fact, StepChange says the vast majority of its clients have found themselves in financial difficulty because of a life change that has led to a sudden drop in their income: redundancy, bereavement or ill health can all, of course, have a serious impact – and more recently, soaring energy, food and fuel bills have led people into difficulty.

Whatever the reason, Anderson says: “As soon as you recognize you could be in trouble, take action.”

Get your priorities straight

Identify your priority debts (where the consequences of defaulting are potentially very serious, such as rent or mortgage arrears, energy bills, council tax, and court fines) and ensure you tackle these first.

“Every organization out there knows the current economic landscape, and they are all determined to do what they can to help customers,” James Jones, the head of consumer affairs at the credit referencing firm Experian, says. “In the first instance, it’s important to speak to relevant creditors or service providers.”

The cost-of-living crisis has brought a shift in the areas of debt causing the greatest stress. Citizens Advice says that pre-pandemic, council tax arrears were the most common form of debt, followed by credit, store, and charge card debts. Now, energy debts are the biggest cause for concern. Contacting organizations to which you owe money may mean you can negotiate a more affordable way to catch up with late payments.

Your energy supplier has a responsibility to help you find a solution – but if you don’t get in touch and try to negotiate this, they could threaten you with having your service cut off.

If you are struggling to pay credit card debts, the card provider might let you take a break from repayments, or pay a reduced installment.

For problems paying a mortgage, the lender may offer a variety of options, including taking a payment break, temporarily reducing monthly repayments, or adding your missed payments to your mortgage capital.

Different creditors may propose different solutions – and the options will depend on your own circumstances and the extent of the problem.

Debt advice is an FCA-regulated service and reputable advice services are an extremely useful way to get help with improving a difficult situation. StepChange, National Debtline, Christians Against Poverty and PayPlan all offer impartial, non-judgmental advice, and have guided thousands of people through the debt maze.

Advisers will begin by carrying out a full analysis of all your financial commitments, outgoings and income. “That budgeting exercise is helpful for any household, whether they’re in debt,” Anderson says. “It gives you a great picture of what’s happening with your money so that you look at that and tweak it and make it work for you.”

There is no set management process – the next stages depend on your situation. “If you’re worried that things might get out of hand, then it might work out your budget, and giving you some tips on how to manage things,” Anderson says. “Or, maybe we need to discuss a selection of particular debt solutions that might be suitable for your circumstances.”

There are several options. A debt management plan is an informal agreement between borrowers and lenders that allows you to reorganize repayments for your non-priority debt (including credit cards and loans but not things such as mortgages or rent) in a way that you can afford.

An individual voluntary arrangement (IVA) is a legally binding agreement that ties you into a long-term plan. Others include debt relief orders and bankruptcy. Each has its own tangle of particularities, pros, and cons, and an adviser will help to unpick them and see which option suits you.

Beware of commercial debt management companies looking to profit from those with debt problems. “The worst culprits are the predatory lead generators and insolvency providers,” Anderson says. “There are many of these online with very similar names to genuine advice services.

“They are potentially not going to go through the same process that we would go through, which is this very thorough one, looking at the client’s circumstances, what might serve them best out of the full range of solutions, and putting their interests at the center,” Anderson says. “The fact is, there are certain debt solutions that are more lucrative to set up for an adviser, but they are not suitable for everyone.”

The IVA is a particular hotspot, Anderson says. An insolvency practitioner (who charges a fee must set these up) but you don’t need a debt management company to act as a paid intermediary. An IVA, says Citizens Advice, is “an expensive option and a long-term commitment”. It may suit some people, but it won’t suit all; a genuine advice service will tell you if there is a better solution for your situation.

Attempting to hide the problem won’t help your credit score

The FCA’s research showed that two out of five people (40%) who were struggling financially believed (erroneously) that talking to a debt adviser would have a negative impact on their credit file. “It’s a factor that isn’t helpful,” Anderson says. “People feel that by taking steps to deal with their debt, they might blemish their credit record, but that’s not the case.”

Conversations with debt advice services won’t appear on your credit record, although any debt solutions you take will show up for six years. But then, so will default on payments. “Your current account and credit card providers, any car loans, a mortgage, many household bills, mobile phones, TV, broadband accounts, gas, electricity, water–while they don’t all universally share information, many of those providers, particularly the big ones, do,” Jones says. “So if you’re missing payments, then your credit score is probably already on a downward trajectory. The sooner you find a solution that will help you move forward, the sooner your credit score can recover.”

Epilepsy Safe Mode
Dampens color and removes blinks
This mode enables people with epilepsy to use the website safely by eliminating the risk of seizures that result from flashing or blinking animations and risky color combinations.
Visually Impaired Mode
Improves website's visuals
This mode adjusts the website for the convenience of users with visual impairments such as Degrading Eyesight, Tunnel Vision, Cataract, Glaucoma, and others.
Cognitive Disability Mode
Helps to focus on specific content
This mode provides different assistive options to help users with cognitive impairments such as Dyslexia, Autism, CVA, and others, to focus on the essential elements of the website more easily.
ADHD Friendly Mode
Reduces distractions and improve focus
This mode helps users with ADHD and Neurodevelopmental disorders to read, browse, and focus on the main website elements more easily while significantly reducing distractions.
Blindness Mode
Allows using the site with your screen-reader
This mode configures the website to be compatible with screen-readers such as JAWS, NVDA, VoiceOver, and TalkBack. A screen-reader is software for blind users that is installed on a computer and smartphone, and websites must be compatible with it.

We firmly believe that the internet should be available and accessible to anyone, and are committed to providing a website that is accessible to the widest possible audience, regardless of circumstance and ability.

To fulfill this, we aim to adhere as strictly as possible to the World Wide Web Consortium’s (W3C) Web Content Accessibility Guidelines 2.1 (WCAG 2.1) at the AA level. These guidelines explain how to make web content accessible to people with a wide array of disabilities. Complying with those guidelines helps us ensure that the website is accessible to all people: blind people, people with motor impairments, visual impairment, cognitive disabilities, and more.

This website utilizes various technologies that are meant to make it as accessible as possible at all times. We utilize an accessibility interface that allows persons with specific disabilities to adjust the website’s UI (user interface) and design it to their personal needs.

Additionally, the website utilizes an AI-based application that runs in the background and optimizes its accessibility level constantly. This application remediates the website’s HTML, adapts Its functionality and behavior for screen-readers used by the blind users, and for keyboard functions used by individuals with motor impairments.

If you’ve found a malfunction or have ideas for improvement, we’ll be happy to hear from you. You can reach out to the website’s operators by using the following email

Our website implements the ARIA attributes (Accessible Rich Internet Applications) technique, alongside various different behavioral changes, to ensure blind users visiting with screen-readers are able to read, comprehend, and enjoy the website’s functions. As soon as a user with a screen-reader enters your site, they immediately receive a prompt to enter the Screen-Reader Profile so they can browse and operate your site effectively. Here’s how our website covers some of the most important screen-reader requirements, alongside console screenshots of code examples:

We aim to support the widest array of browsers and assistive technologies as possible, so our users can choose the best fitting tools for them, with as few limitations as possible. Therefore, we have worked very hard to be able to support all major systems that comprise over 95% of the user market share including Google Chrome, Mozilla Firefox, Apple Safari, Opera and Microsoft Edge, JAWS and NVDA (screen readers), both for Windows and for MAC users.

Despite our very best efforts to allow anybody to adjust the website to their needs, there may still be pages or sections that are not fully accessible, are in the process of becoming accessible, or are lacking an adequate technological solution to make them accessible. Still, we are continually improving our accessibility, adding, updating and improving its options and features, and developing and adopting new technologies. All this is meant to reach the optimal level of accessibility, following technological advancements. For any assistance, please reach out to